5 things we learnt from Nigeria vs Namibia World Cup Qualifier

1. We are a work in progress, in fact we are just starting, we have a long way to go. The team needs a bit more tinkering, from the defence down to the attack. 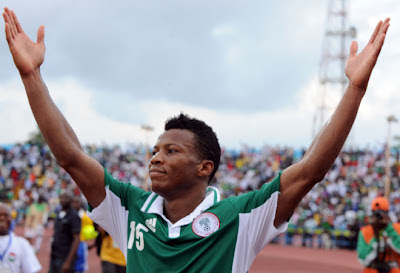 2. John Utaka is not a winger, once again, Keshi decided to tow the line of various coaches, John has and will always be a central striker, that's how he started at UNTH and Ismaili, yes , he is versatile, but his best can only be gotten through the middle.
3. Steven Keshi is the ''boss'', yes i dare say, since Clemence Westerhof nobody,i repeat nobody has had the guts to play a decent amount of home based professionals in a competitive game, he must be supported by Nigerians. 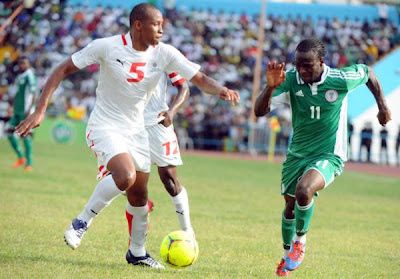 4. There are no more small teams in Africa nay the world, yes, you must have heard such a cliche before, but it just became more apparent during the game, we need to push more and burn the grass more, no guts no glory.
5. Ahmed Musa is an impact player for now, playing him from the start won't play to his strengths, maybe later, but definitely not now, wing play will thrive when he and Victor Moses come into their element.
on June 04, 2012