I got this piece from Cyril White, I don't know how true these allegations are, I just want to share them so you can decipher if it's worth the weight, In no means whatsoever does it entail i concur or agree with him.
Read as you please 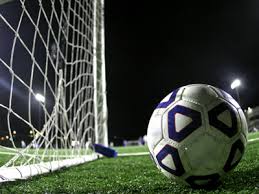 Following a copious identification of problems that had prevented Sharks from winning any trophy of note in over three decades, the Rivers State Ministry of Sports headed by Hon. Boma Iyaye accepted and enforced the recommendation that the task of running the team be vested in the head coach.

This led to the title, Technical Manager that was assisted by a crack management team.

This decision, quickly (in two years) almost yielded the FA Cup but for football politics. However the team won the West African Football Union (WAFU) Cup a year later in 2010.

Rather than build on that success, the present sports commissioner, Barrister Fred Igwe in the name of “Restructuring” dismantled the proven management team that had been successful.

First, the entire Technical Crew and management team, admin and support staff that prosecuted the 2011/12 football season was sacked and replaced by his friends and kinsmen from Eleme Local Government Area of Rivers State who clearly had no cognate experience.

Between 2011 till date, Fred has sacked three Technical Advisers, John Obuh, Imama Amapakabo and Austin Eguavoen for reasons other than professional competence.

A look at the management structure speaks volumes of favour, ethnicity, inexperience, personal interest rather than the urge to win laurels for Rivers State.

1.     The Acting General Manager of the club, Okey Kpalukwu, a civil servant posted to the team as an administrative secretary to link the team and sponsors (Rivers State Government) clearly has no knowledge of the rules of football administration. He is only actively involved in booking substandard hotels for the team and denying team members their entitlements.
2.     Acting Secretary (Jerry Abredi) came with Fred Igwe to assume duties as his Personal Assistant with only a background experience as a Sharks supporter. His knowledge of the rules of the game is at best half baked.
3.     Accountant: The team has none as the Acting General Manager performs this role to the delight of Sports Commissioner. I cannot imagine any team in Nigeria that does not have an accountant.
4.     Business Development Manager (Gabi Chujor) a friend to the commissioner and hails from the same Local Government Area (Eleme)
5.     Media Officer (Peter Abaje), a friend of the Commissioner who acts as his personal media officer rather than the team.
6.     Physical Trainer (Prince Ovoh) A crony recruited from a gymnasium who had never related to footballers before.
7.     Curator: Obari Lambert.  He had never had any contact with footballers and did not attend the first prematch meeting of the season because he simply did not know he had to attend. He is also from the same Eleme Local Government Area as the Sports Commissioner.

In fact 70% of the “Restructuring” efforts was based on friendship and ethnicity between the commissioner, Acting General Manager and the very naïve Personal Assistant to the sports commissioner.

The Sports Commissioner further showed his incompetence and ineptitude on football matters when he directed his lackey media officer to shamelessly inform the public that Juwon Oshaniwa was wrongly transferred to an Israeli clubside by the erstwhile management.

For reasons of greed, the sports commissioner has refused to heed to repeated professional advise that Juwon who played for Sharks FC on loan cannot yield mega dollars to Sharks beyond training compensation fees.

One would have expected a competent Sports Commissioner to use the proceeds of the Aaron Samuel Transfer to solve at least the transportation problems seriously affecting the team.

Rather his acting General Manager, Okey Kpalukwu prefers to hire buses on every away trip of the team for about three seasons now so as to personally benefit from every away game.

In the light of the above amongst others it will be in the interest of the sponsors of the team which is the Rivers State Government to RESTRUCTURE the management of Sharks FC along professional lines.