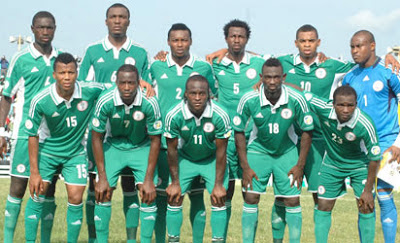 Nigeria's 23 man list for the Fifa Confederations Cup has been


The squad is populated by the 2013 Afcon cup winning squad with a
sprinkling of emerging players as eight players from the domestic
league were also included.


The new entrants include John Ogu from Academica de Coimbra,


Michael Babatunde fo Ukrainian side FC Kryvbas Kryvyj Rih and Anthony
Ujah 1. FC Koeln of who will all be making their maiden tournament bow
with Nigeria.

Nigeria is making her confederations cup debut in Brazil and are
grouped alongside Spain, South American champions Uruguay and surprise
Oceania representatives Tahiti in Group B.


The tournament kicks of on June 15 with the hosts, Brazil taking on
Japan in the showpiece tournament to test Brazil's readiness to host
the World in 2014.