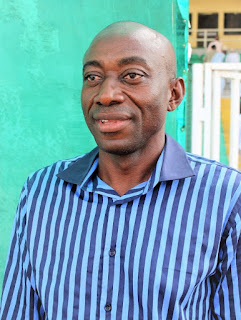 Niger Tornadoes coach Abubakar Bala has revealed that winning the Aiteo Cup will be the best thing to have happened to him in his coaching career and will crown a successful season for him and his players.

Bala has stirred the ‘Ikon Allah’ boys to the final of the Aiteo Cup seeing off top sides like FC Ifeanyi Ubah and Plateau United in the process.

Tornadoes are back to the cup final after a 17-year absence and Bala feels the time is right for the Minna side to win a major laurel.

“We have worked so hard to get to this stage and we are going to do all we can to make sure we lift the title on Sunday against Akwa United. 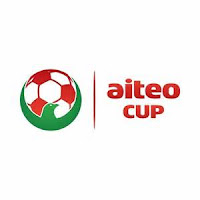 “I’m already a fulfilled man getting this modest Niger Tornadoes side to the final but I want to top it up with winning the title.

“The motivation for me and my boys is to be the first winners of the Aiteo Cup so we can go back to Minna and present it to the state government who has been our biggest supporters,” Bala added. 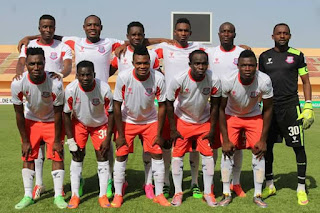 Sunday’s final at the Agege Stadium will be the third meeting between the two sides this season even though the stakes will be higher this time out.

Tornadoes lost 3-0 in Uyo in the league before pipping Akwa United 1-0 in the reverse leg in Lokoja.

Bala enthused that his side has all it takes to win the trophy and has done his homework on the Uyo side who will be without star man Alhassan ‘Mua’azam’ Ibrahim who has moved to Europe, a fact not missed by the Tornadoes coach.

“Yes I know he (Alhassan) won’t be in the Akwa team but they have players capable of hurting any team any day, “Bala said.

“That is the more reason why I was in Uyo last weekend to scout the team. I watched their second leg semi-final leg against Sunshine Stars which they won 3-1 and I was able to identify the strength and weaknesses.

“My scouting mission in Uyo has enabled me to have a better understanding of the Akwa United side and I’m positive we use that to our advantage on Sunday.

“Insha Allah the trophy will go back to Minna at the end of the final. I’m happy we have been able to achieve our targets for the season,” he added.
on October 15, 2017