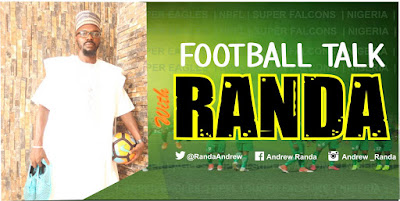 The World Cup draws have come and gone but reactions have kept the conversation going throughout into the new week.

It is no longer news that Nigeria’s romance with Argentina has continued as the Super Eagles for the fifth time (in six World Cup appearances) will face the Albiceleste in Group D of the tournament to be held in Russia next summer.

Croatia and Iceland are the other two teams in a group that will surely serve up some interesting matches.

I think Nigeria can get out of the group but the game against Croatia-our first game will be crucial.

We have to get something out of that game and then Iceland, despite their heroics at Euro 2016 is no longer a hidden force with the added dimension that this will be their first ever World Cup appearance, we should be able to sail past their glaciers. 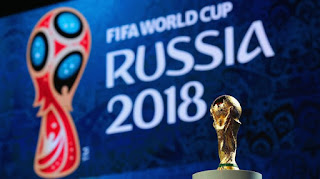 The permutation here is that by the time we meet Argentina in the final group game, they would have already qualified for the next stage and won’t be at full throttle against Nigeria (I hope they won’t have revenge in their mind considering we beat them 4-2 a few weeks ago).

Those are my thoughts but I decided to pick the brains of a few pundits on their thoughts.
Here we go: 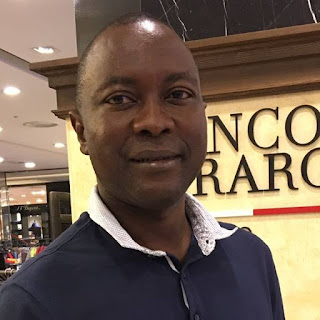 Russia 2018 is about the Super Eagles on one part as well as a true test for coach Gernot Rohr. Qualification was achieved with an uncommon style despite opposition from three strong soccer playing countries on the continent; but the Super Eagles trumped Cameroon, Algeria and Zambia to book their sixth World Cup ticket.

Now grouped in Group D alongside perennial World Cup rivals in  Argentina; Croatia and Iceland, the Super Eagles work are well cut out. On paper, Nigeria should progress to the knock-out stages but they are not going to achieve that on a platter of Gold. 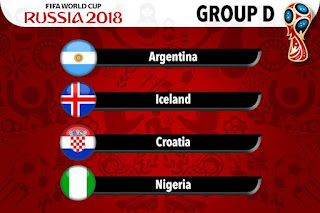 Nigeria is yet to beat Argentina in four previous meetings at World Cup and their recent victory in an international friendly means this would be the group's call final match. Incidentally, it is going to be the last match of the group and the result might have little bearing on the Super Eagles provided they have gotten the job done against Croatia and Iceland.

Croatia were semifinalists on their debut in France'98 and Iceland showed what they are capable of dining at Euro 2016 but what would count is the form of the players by the time the World Cup comes around next June.

I think all the groups looks tough, No easy route for any side. Now coming to the Super Eagles they should take every game as their last and put in the necessary shift to get Maximum points needed. Iceland is a compact side and can cause havoc for any side any day, same as Croatia and Argentina.

This is world cup proper.

I think with good preparation and solid friendlies with the likes of Serbia and Slovenia, I think we should be good to go.

Drawing Argentina again is just the "luck of the draw". We have seen that happen to different countries and football club sides.
Group D is very interesting. Argentina are the biggest favourites, followed by Croatia but I have got a consolation, names don't play tournaments, teams do.

If we get all out planned itineraries well executed and with some form of Luck. We can qualify easily from the group by grinding out two wins from the first group games and if we had to get a result against Argentina to seal qualification, I am pretty certain that we will get the job done.

The Super Eagles are drawn in a group where most of the teams on a good day can beat us. Croatia has players in top clubs and they a decent side that can hurt the Eagles.

We all know what Argentina's LA Albiceleste can do having beaten the Eagles in all the four times we have met them in the World Cup.

Iceland are emerging force in world football and what they did at Euro 2016 is unprecedented. We can only ignore them at our own peril. We are in a tough group and the NFF must ensure the Eagles get the best of preparations.

The Eagles need teams that play in a similar way with our group foes to have a feel of what they have to offer. The coaches must try and study all the videotapes of our opponents' recent matches.  The players and coaches must put on their thinking cap and ensure they do not play second fiddle on any of the games if we are to progress to the next round. 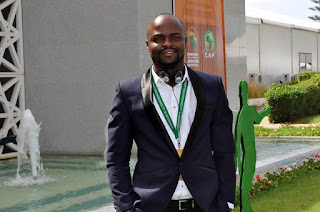 Well, one thing is clear whether it's Group of death or not, all 32 teams are potential winners of the cup. We've had teams who never qualified for major tournaments Win it when there was a surprise opening like Denmark at Euro 92.

The die is cast and the Eagles must fly. We already know the quality of the teams (Iceland, Croatia and of course Argentina) we don't need anyone to tell us.

So the plan is to have five friendlies like the NFF President said some time ago so it will be well tactically spread, and of course with two European teams in our group. Good for us our players play in Europe predominantly so they know these players individually, some may have played against them in the EPL, Italian Serie A, La Liga,Europa, UCL and so on.

I'm optimistic about our chances. Good for us we are the underdogs going by the rankings and all so we should cause the upset with our young, vibrant and confidence brimming side. We must also see the work Rohr has put in, it should show better against European sides. Tactically and technically we are well placed. Win against Argentina in the last friendly has, fortunately, made us command some kind of respect to our opponents are right now worried about us.
Our chances are very bright. 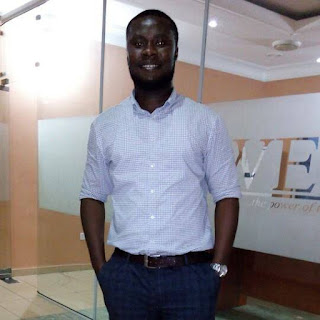 So the draw came and went, and Nigeria got paired with Croatia, Iceland and again, Argentina. Phew! We don't get enough of Argentina, do we? We even played them less than a month ago in a friendly, and the one next summer will make it the fifth time we're facing them in our six appearances at the World Cup.

Maybe it was Nigeria and Argentina the bible was referencing when it said: "what God has joined together..."

Any ways, we're past the draws now, but I did predict Nigeria would face Argentina again. So what then are the chances of the Super Eagles in Russia next year?

It's a tough question to ask, but my calculation and prediction is this: Nigeria will pull through from that group, and I suspect somewhere between four or seven points.

For all their recent rise in global football, Iceland will still come short when they face the Eagles. A very compact side, no doubt, but the lack of individual match-winners will be their Achilles heel.

On the contrary, Croatia has the individuals who could hurt Nigeria, but their compactness and balance as a team are in doubt, which is why I think it will be tough for them to beat the Eagles, just as it'll be tougher for us to get three points off them too.

Finally, Argentina. With Lionel Messi, it will be interesting to see how the Eagles stop them, but I suspect qualification will all but be secured by the time we meet them in the final group game.