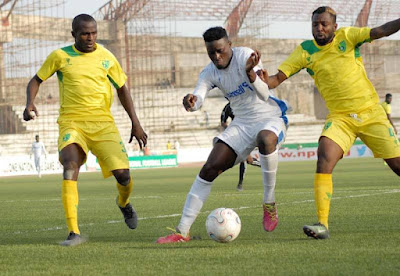 In a bid to retain her Nigeria Professional Football League title and return back to continental football next season, reigning NPFL champions Plateau United have boosted their squad with the acquisition of four players.

According to Albert Dakup, Media Officer of the Jos side, the decision to sign the players became necessary in order to strengthen the side as they battle on two fronts this season as well as compete favourably with other title contenders.

Dakup revealed that apart from Akila who joins the team form Lagos side MFM, the others have been part of the team but were not registered at the beginning of the season due to contractual issues or loss of form.

The statement further revealed that Akila Jesse, who is part of the Flying Eagles, will be available for election this weekend as the Peace Boys take on Nasarawa United in Jos this weekend.

Bature Yaro, who was a member of CHAN 2015 team to that year’s edition in Rwanda under Sunday Oliseh, was not registered for the first half of the season because he returned late to the team after trails in Europe.

Seth Mayi has already played for the team as he was magnificent in the 1-1 draw against Akwa United on Wednesday’s rescheduled game providing the assist for another new boy-Hamzat Owolabi’s to score the equalizer.

The new signings will give the technical crew more options and also improve squad strength as they strategize for a hectic second round of the season with the Aiteo Cup also to come later in the year.

Plateau United currently occupy fourth spot on the NPFL log with thirty points from eighteen matches with a game at hand against current table toppers Lobi Stars of Makurdi.
on May 10, 2018