OF THE LMC &THE REST OF US 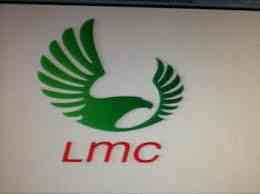 Subsequent to my several press interviews in recent days, I find it necessary to present this communiqué as a forum to consolidate and also provide an update of the workings of the League Management Committee for the benefit of all football stakeholders.

On the 27th of December, 2012, the Nigeria Football Association (NFA) in exercise of its statutory powers set up the League Management Committee, to ‘rescue’ professional league football. At its inauguration by Alhaji Aminu Maigari, President of the NFA, the Committee was charged with the following terms of reference:

- review all contractual obligations of the Nigeria Premier League, including TV and sponsorship rights;

- review existing rules and guidelines for the election into Nigeria Premier League Board;

- develop strategy and facilitate the reform of the league towards achieving profitability; and

- any other relevant matters the Committee may deem necessary.

This committee of eminent Nigerians volunteered for this assignment, motivated by nothing more than patriotism and a desire to revive a moribund local football league mired in litigation, insolvency and administered in a manner that was opaque and inefficient.

In the discharge of its mandate as an interim task-force, the League Management Committee wishes to publicly acknowledge the immense assistance and cooperation of the NFA President, Alhaji Aminu Maigari and the good offices of the Honourable Minister of Sports, Mallam Bolaji Abdullahi. 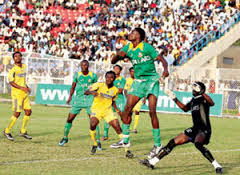 Legal Entanglements of the League

Following an exhaustive examination of the legal and financial issues that had paralyzed the football league (resulting in the dissolution of the former board), the committee decided that the interest of all stakeholders, especially the teeming millions of football lovers in Nigeria, would be best served by mapping out a new direction in the structure and management of the local premier football league.

There could be no other way forward especially after a Federal High Court had adjudged in January 2012 that the Nigeria Football League Ltd, the body hitherto set up to run and manage the local league was an illegal body. The circumstances are set out below.

Suit No. FHC/ABJ/CS/179/2010, between Dr. Sam Sam Jaja (Plaintiff) and Nigeria Football League Limited and 4 others (Defendants), is the chief source of the legal entanglements surrounding the League in Nigeria. The judgment of the Court in the suit delivered on January 20, 2012 erodes completely the identity and legal capacity of the body critical to the organization and management of professional football in Nigeria; this is Nigeria Football League Limited (NFL LTD), the 1st Defendant in the suit.

“7. That the 5th Defendant is hereby mandatorily directed to immediately commence steps for winding up of the 1st Defendant for infraction of the provisions of Companies and Allied Matters Act.”

It must be pointed out that the actual management and operation of the NFL Ltd itself, while it existed, was fraught with all sorts of illegalities. For instance, all manner of persons with definitively questionable motives had intruded in the affairs of the company and purported to be holding elections to its Board. The Federal High Court in the same judgment also declared these activities illegal as follows:

In summary, the Federal High Court declared that:

i. the Nigeria Football League Ltd is an illegal body, having been incorporated in contravention of the law the Court has ordered its winding up.

ii. Nigeria Premier League (a creation of the illegal NFL) has no corporate personality and is unknown to Nigerian law.

iii. No aspect of the administration or management of football in Nigeria can be conducted in the names of either NFL of NPL.

iv. This judgment has not been overturned on appeal and remains valid.

Based on legal advice and in line within our mandate, the management committee in conjunction with the NFA opted for a new management body for the local league that will be structured on corporate governance, transparency and meets the unfulfilled expectations of local football fans.

This new legal entity was also necessary for us to be in compliance with the laws of the land and also to provide a legal base for entering into new contractual agreements with stakeholders.

The new entity, the League Management Company (LMC), has taken off unencumbered by the baggage of illegality, absence of due process and insolvency that has bedeviled the growth of the local league. The LMC, taking its mandate from the Nigeria Football Association, will run a Nigerian Professional Football League (NPFL) that will meet FIFA and global standards of football. The goal is to have a League for Nigeria, run by competent Nigerians and clubs for the benefit of both local and international footballers and fans.

Incorporating a new management structure is only the start, rather than the end of the necessary reforms for the local league. The football clubs will also need individual reforms to restructure as legal, corporate entities able to meet mutually agreed upon terms for their management and operations as members of the NPFL.

We have already set out to work.

The LMC has commenced the processes of restructure by putting in place machineries to deliver its mandate.

We are preparing for instance a new league rules framework which includes new rules for the qualification and licensing of clubs within the league to bring our local clubs in line with international standards.

The new rules will guarantee that clubs meet their obligations to players etc by ensuring that they have solid financial bases, setting aside 5% of the income of the LMC solely dedicated for a youth development program which will ensure that all clubs have feeder clubs of players not older than 18 years of age and of not more than 30 trainees.

These feeder clubs will help identify talents and provide a pool of future talents for the game. New standards of training of players, coaches, referees, medical personnel, match security agents etc will be enforced, amongst other things.

We are also in the process of developing a corporate governance model for the LMC, the clubs and the league. We are presently re-working and negotiating the Title Sponsorship Agreement as well as the Broadcast Rights Agreement to bring them in line with more commercial and favourable terms for the league and also in compliance with the laws of the land such as the Nigerian Broadcasting Code etc; club licensing rules are being introduced and prepared; and in order to protect our sponsors so as to guaranty the financing of the league, we are preparing Compliance Agreements with the clubs. It is very possible to conduct business in a fair and transparent manner. The business of football should be no exception.

Those unaware or who feel threatened of this new direction have, rather than ask, taken to imputing ulterior motives and unfounded accusations about what is afoot. It is laughable to suggest that any individual or group can hijack a league that truly belongs to Nigeria’s 160 million football loving citizens. Suffice it to state that the current management committee, being an interim body, can and has only acted in trust on behalf of all stakeholders in Nigerian football in the incorporation of the League Management Company Limited.

The LMC was incorporated to manage the professional league, under license from the NFA. It has a share capital of 100,000,000 (one hundred million shares). In order to meet the minimum requirement of the law for incorporation, only 25% of its share capital was subscribed on incorporation. The NFA holds golden shares of 5% and the LMC, in the name of its Chairman holds 20%

in trust for the company, which will be relinquished as the situation warrants. There is a pre-signed Nominees Agreement to this effect and an affidavit sworn to by myself and registered at the Corporate Affairs Commission, Abuja to further buttress this commitment to relinquish these shares held temporarily by me. The participating clubs of the league will own no less than 60% of the Shares which they will be mandated to take up as soon as they are re-organized and operated as corporate entities in law.

These clubs are only going to hold the shares allotted to them as long they remain in the professional football league. Once any club is relegated or disqualified from the professional league it will lose its shares and the club taking its place will take over those shares. This is to make the clubs and the league truly professionally run as is the case in other parts. Football fans are aware that Glasgow Rangers was demoted from the Scottish Premier League to Division recently because it could not comply with the mandatory financial regulations of their league. Its demotion was sanctioned by the other clubs in the Scottish Premier League themselves!! Malaga FC in Spain’s La Liga has recently been barred by UEFA from the Champions Leagues because the club failed to comply with the financial regulations stipulated by UEFA for all clubs participating in its tournaments. This means Malaga will not play in the Champions League as from next season, though they are currently at the quarter finals stage of the same competition.

I implore all to note, that the administration of professional football is not whimsical, but must be in compliance with the law.

Enthusiasm and passion only cannot manage football of today, as was done in the past.

In the coming days and weeks the management of the LMC will keep the public and all stakeholders duly abreast of developments in the task to usher in a new day in Nigerian professional football. We appreciate your trust and partnership in bringing back the best of Nigerian football.