Weekend round-up: Eagles wobble to semis, Kwara United on thin thread and others. 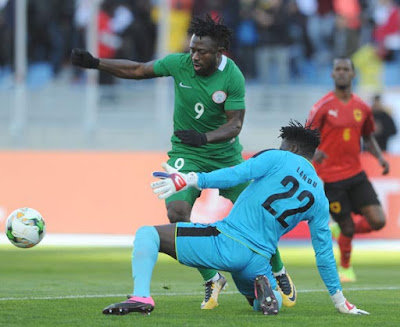 So we huffed and puffed our way to the semi-finals of the CHAN tournament in Morocco. It was another come-from-behind win, we did it the hard way again.

We had to come from behind to beat Equatorial Guinea in our last group game and we made hard work of the quarter-final tie against the Palancas Negras.

Nigeria should have been ahead in the first minute but Anthony Okpotu (who was guilty of missing a few sitters) found himself one-on-one with the Angola goalkeeper but lost his balance when it mattered most.

We were better in the opening exchanges but could not make it count and that gave the Angolans the impetus to have a go at it.

They did have a go an dominated proceedings for large spells of the game. We just could not raise our game and when the chances came, we blew it away. 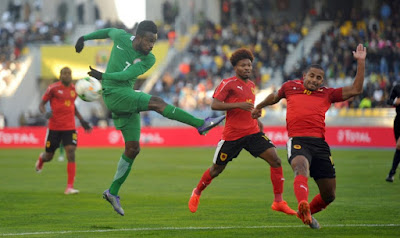 Ikechukwu Gabriel had a brilliant chance to score but missed whhen he was through on goal. We eventually got back into it with Okpotu's late goal and Gabriel wrapped it up in extra time. 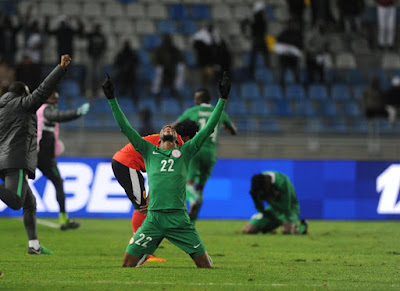 All pictures via CAF Media.

It was a good win that was marred by injuries to Faleye, Orji and Ogbugh. I hope they make it back on time for the semi-final against Sudan.

We won but a lot of Nigerians were not happy at all.

The coaches need to work on finishing, this team is too wasteful in front of goal, they may not get that many chances in the next game
— Ayodeji Adegbenro (@dejigbenro) January 28, 2018

I actually believe that the CHAN eagles can win this tournament. I haven't however been impressed with their performances. Barring the goalkeeper (cos we don't have a lot of options), I don't think anyone else should go to Russia. Ok, maybe Faleye or Gabriel...
— tega onojaife (@tegasupreme) January 29, 2018

In case you didn't watch the game, check the video below for the highlights.

Pillars, Sunshine Stars,Yobe Desert Stars and Enyimba all picked away points while  Kwara United continued their flirtatious relationship with relegation as they were spanked 3-0 in Uyo by Akwa United.

Below is the graphics of the results. Nasarawa United vs Rangers will be played on Monday in Lafia. 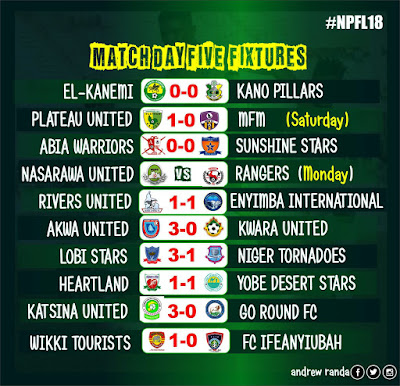 That's all for the weekend round up.