Nigerian players in Vietnam- An update. 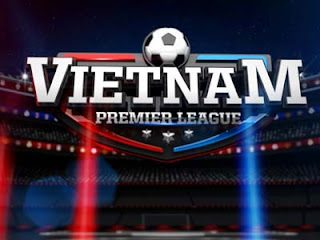 A few years ago, I stumbled on a player whom I thought had stopped playing football
because he disappeared from the Nigerian football scene.

Dude ended up in Vietnam.

Yup, Vietnam of all countries. A little research opened my eyes to how many other

Nigerians have perched on the league in the South East Asian country.

As I dug further, I discovered some well known names who now ply their trade there.


Here is a link to the article Vietnam: New Mecca for Nigerian footballers?

So this time out, alongside my Vietnamese colleague Erick Hieu Bui,
I decided to check back into Vietnam and see the Nigerian stars who play in the country.

Here is what we found out.


By the way, they pay good money there; ask former league hot-shot Timothy Anjembe
how he made his fortune in Vietnam. 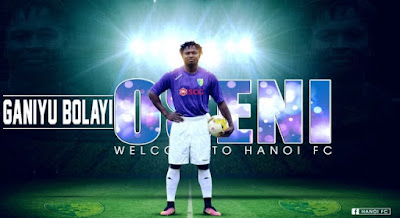 The former U-17 World Cup champion is enjoying his 8th season in Vietnam.

Having played for 6 Vietnamese clubs, it looks like Oseni has finally found a club
where he can thrive. Just joining the 3-time V.League champions Ha Noi FC last season,
the 26-year-old have proved his scoring ability with 8 goals after 9 games in 2017
and bagged 5 goals after just 4 games this season. If he can keep his form, Oseni
can be a strong candidate for the top scorer award.

This is the second season of the young attacker at SLNA. Only 21,
he shows great promise and is now a regular starter at the Vietnamese club.
He scored 5 goals for his club last season.

Ofere is the new signing of Thanh Hoa this season. The former Lecce striker has started
most of his club’s games this season but haven’t really adapted.
The 32-year-old has scored only 1 goals after 6 games for the league runner-ups
this season. Samson Kayode who is now playing under the name Hoang Vu Samson after
getting Vietnamese citizenship is a league legend.
He is holding the record of all-time top scorer of the V.League after plying his
trade for 10 years in Vietnam.

Along with achievement are two V.League titles. At the beginning of 2018, he made
a surprise move from Ha Noi FC to Thai champions Buriram United.
However, he played only 2 league games in Thai League before actually returning
to Ha Noi FC. However, he failed to register in time for the first leg of this season
and needs to wait until the second phase to start playing again.

Dio Preye (Can Tho)

Preye is also a naturalized player with his new name Hoang Vissai.

The 33-year-old defender has been playing in Vietnam since 2006.
He has a Vietnamese wife.

Having played in Vietnam since 2007, Maxwell is a familiar face in the league.

He adopted Vietnamese passport in 2009, actually playing for Vietnam national team
in a friendly.
Now 31, the winger is playing the former champions Binh Duong.

Suleiman, another naturalized player with the name Nguyen Trung Dai Duong,
has spent most of his career with smaller clubs in Vietnam.

However, he managed to win the V.League last season with
underdogs Quang Nam. As a striker, the 32-year-old is still a regular starter
despite his age. 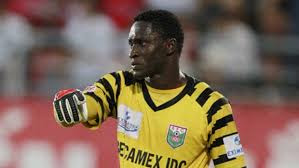 Esele is a goalkeeper, yet another naturalized Vietnamese with the name
Nguyen Quoc Thien Esele.

He first joined Nam Dinh in 2003 but left the V.League in 2006.
After a long time of playing in other countries, he returned to Vietnam to join
former league champions Binh Duong in 2013.
This season, he rejoined his first Vietnamese club Nam Dinh who just
won promotion to the top tier.