What is that thing they say about traveling again... Ah! I found it. It is a quote by Gustav Flaubert which says "Travel makes one modest. You see what a tiny place you occupy in the world.”

That pretty much sums up my stay so far in Ghana.

Most times, it isn't about what they say, you have to go there and see for yourself. Believe me, I have been blown away by what I have experienced so far.

Yeah, some might say it's just Ghana, no "biggie". No biggie really but I'll leave here with memories and experiences I'll remember for a long time.

The first time I covered a CAF competition was in 2016 at the CAF beach soccer AFCON in Lagos, an awesome experience it was and I always looked forward to another.

Then came the Africa Women Cup of Nations in Ghana, I thought why not. No harm in trying!

I left Nigeria via Arik Air on Friday 16th November - on my Dad's 64th birthday. He drove me to the airport by the way 😀).

I almost missed my flight, no thanks to Lagos traffic! I couldn't change cash at MMA, and that turned out to be a huge problem on getting to Ghana.

Oh, did I mention how beautiful the Kotoko International Airport is? When dem dey call airports ehn, make MMA just dey hide face. I kid you not.

Ghana is pretty much like Nigeria, only few differences.

Terrible traffic in Accra as with other major cities around the world, but I cannot help but wonder what has become of our Naira. Before spending on anything, I make a quick conversion to Naira, and that sort of keeps me in check! ...and no, I am not from Ijebu 😀

Electricity! Can't we just put some in our bags back to Nigeria?! The only time electricity went off here, was due to a heavy rain and it was restored within minutes! That kain rain for Naija ehn, wey nor go see light for days.
Good road networks within cities, at least I can speak of Cape Coast (excluding the "village" that is Elmina). Transportation is crazy here but I feel that's because the drivers see through us as foreigners and they just want to "chop" their own. I don't think that is peculiar to Ghanaians though, but boy!

They did cheat us in our first two days in this city!


My friends and I visited the Aburah market to get some food stuffs but I guess our bargaining strengths must have given us away as foreigners... Lol.

We met a Ghanaian woman who spent over 40 years in Nigeria at the market, her Yoruba was fluent and we promptly switched language, no time! Nice woman, really. 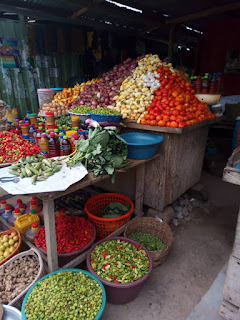 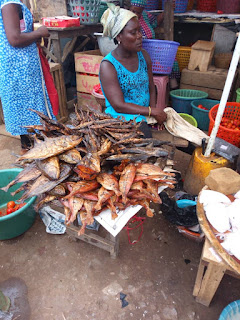 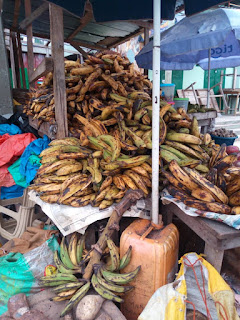 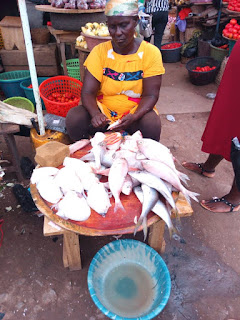 I got into few games with my girls, and I got beaten by ACLSports' Sola Oyeniyi in table tennis and volleyball but boy, I showed some skills in beach soccer, so much I surprised myself even (last time I played a kick about was in 2012!).

I dribbled Sola and she was all out for a rematch but nah, I was done!


I thought Ekikere would join in to sweat it out a little, but home girl was content being referee/umpire/commentator/camera woman (please don't let her see this 😁)

And to the main reason why we are in Ghana, just before y'all think we have been all about the fun and nothing about the work. The Super Falcons had what could qualify for a scare, but a timely wake up call in that defeat to South Africa in their first game.

They have the quality, talent, experience and all but you know what they say about Talent, planning and preparation? If you fail to plan, you plan to fail.

The girls have put all that behind them, and are overwhelming favorites once again, but in all honesty, we must get serious with women's football in Nigeria. 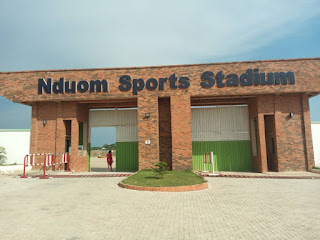 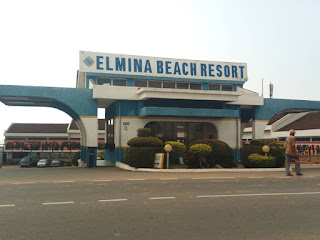 
The gap is closing on us and it will be disastrous if we who were/are (once) pacesetters begin to play catch up. Oh how terrible that will be, and I can't even begin to imagine it. Other countries here won't rest until they unseat Nigeria.


The foreign media is seriously praying for our downfall. For them, it's anyone but Nigeria. Ota po ju enemy lo ...sigh...

That said, the girls made it to the semi-final and it will be a rematch of the 2016 final against Cameroon. 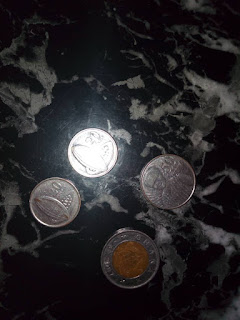 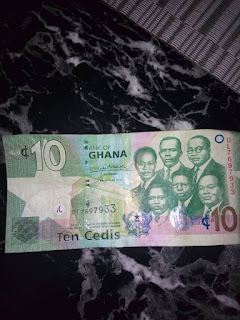 Ghanaians still use coins. Unlike one country like that


It's Nigeria against the world, but bring it on!

Blessing Fowowe writes from Cape Coast Ghana where she is covering the 2018 Africa Women's Nations Cup.